Historic villa with chapel, annexes and land for sale on the Pisan Hills, Tuscany 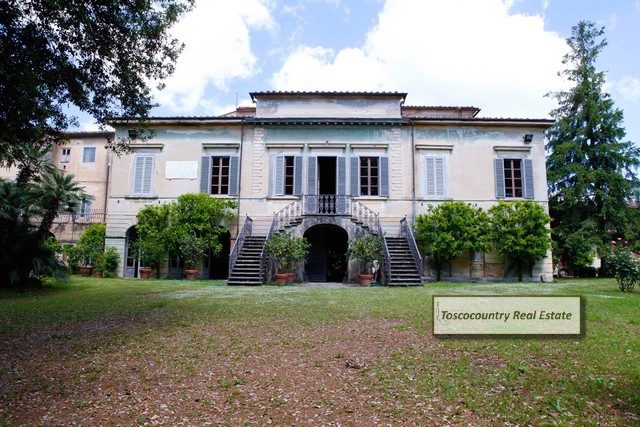 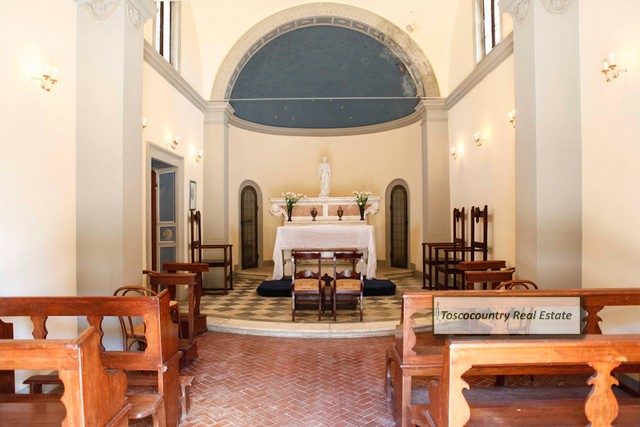 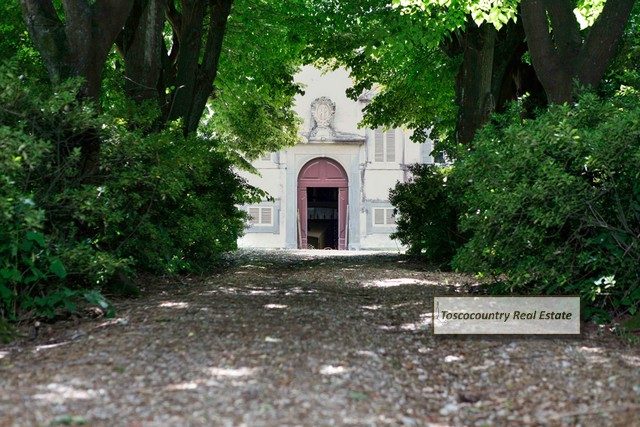 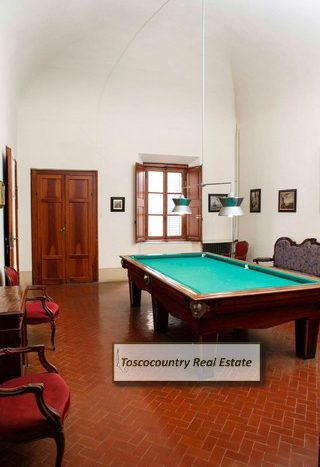 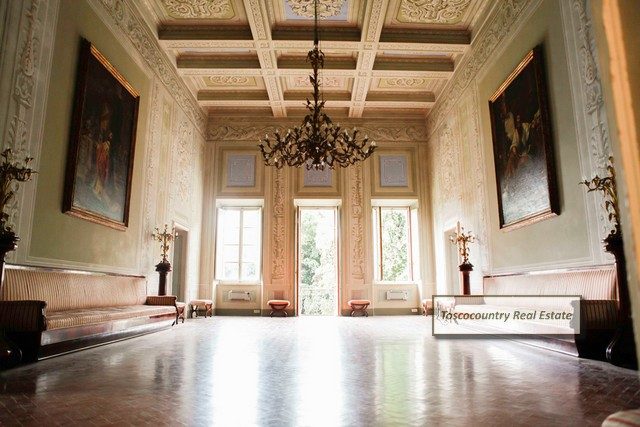 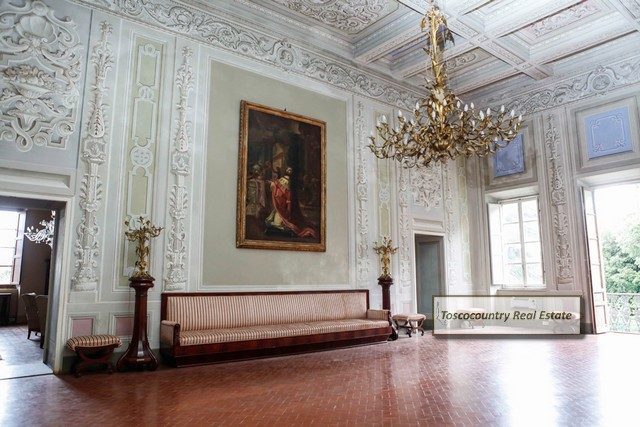 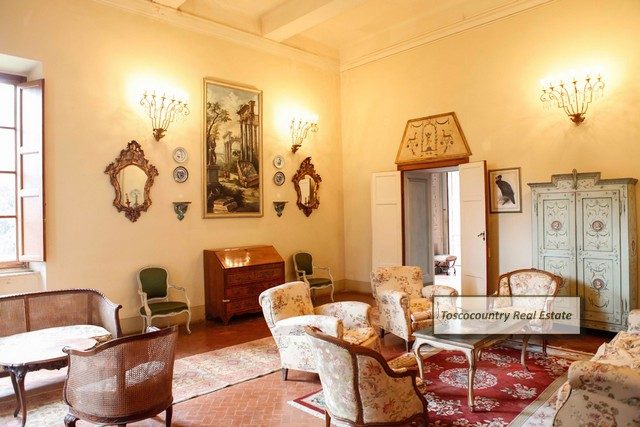 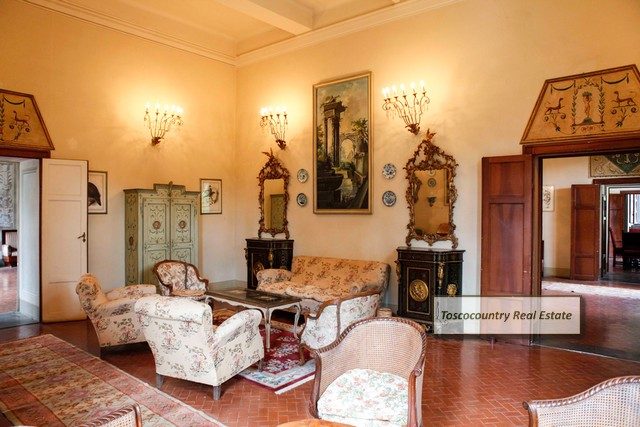 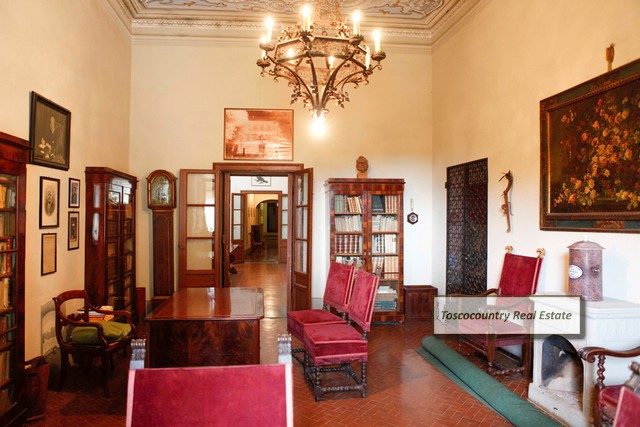 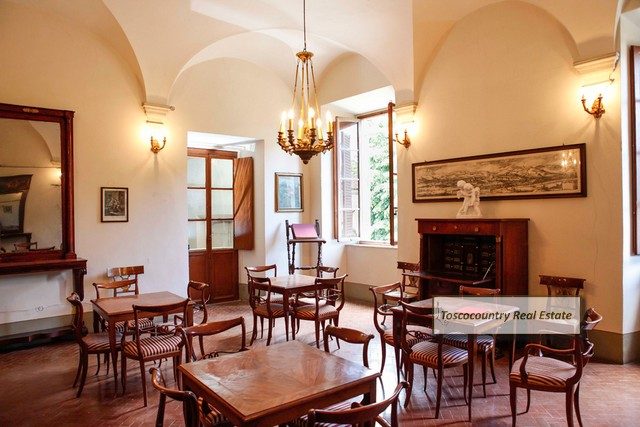 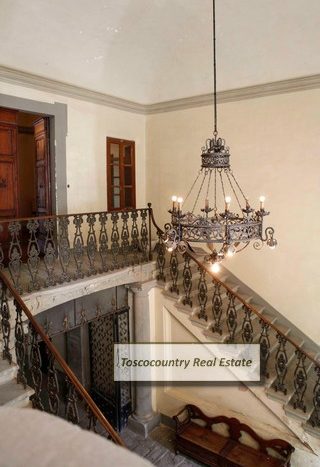 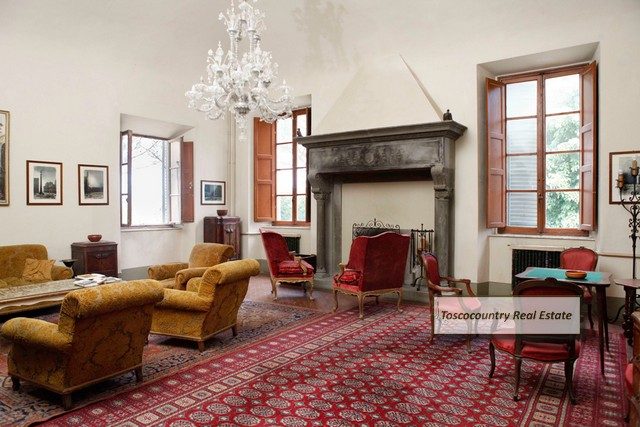 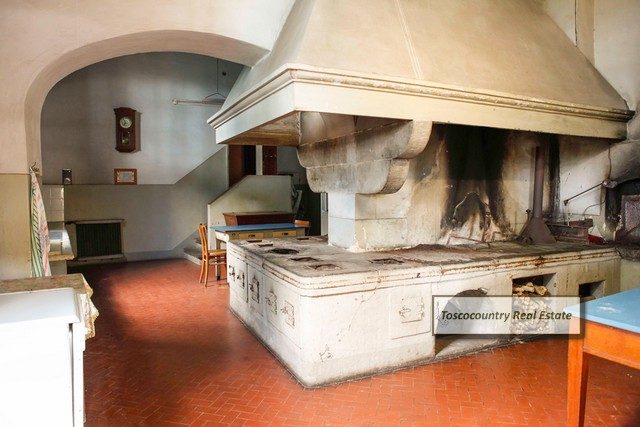 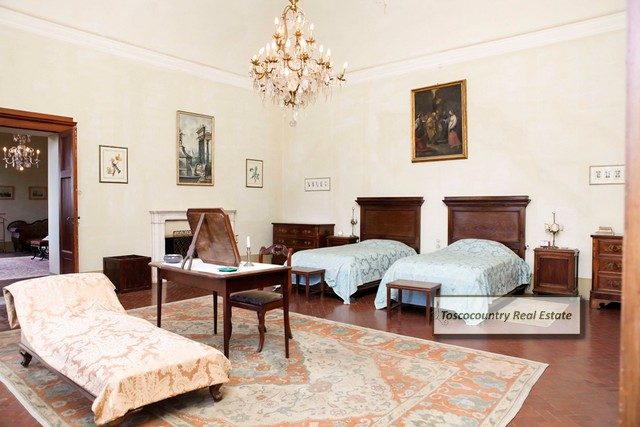 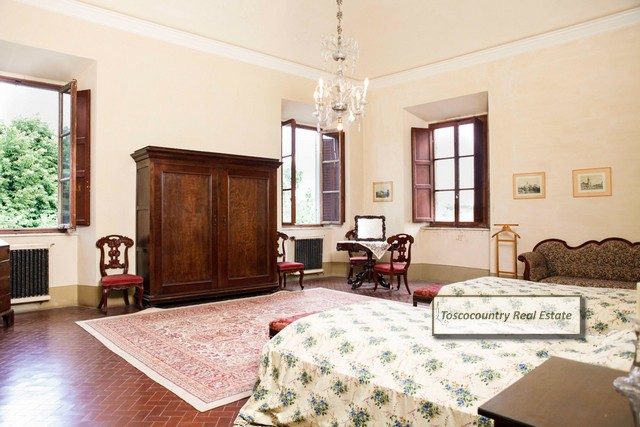 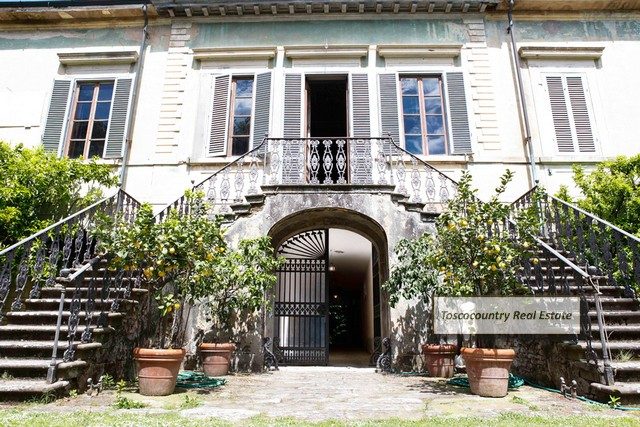 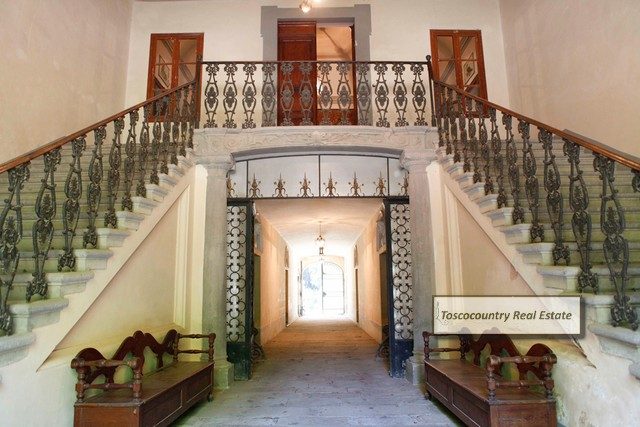 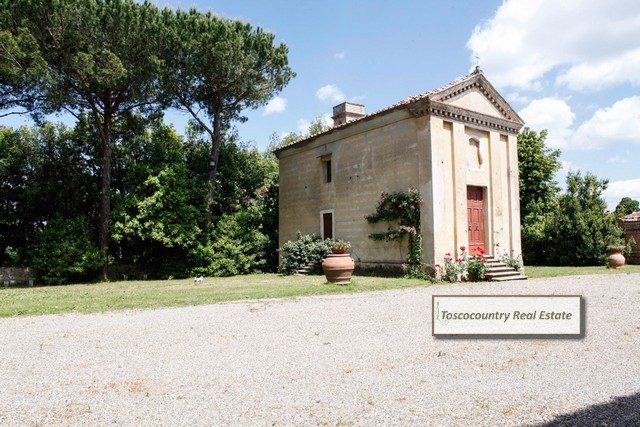 The history of the complex can be reconstructed on the basis of sources dating back to 1561. Extensions and changes were made to the original layout over the following centuries: the entrance hall,  the vaulted lounge on the first floor have a seventeenth-century appearance , the decorations of the noble floor are from the eighteenth-nineteenth century, while the facades were restored in the last century. The rear facade located to the south is characterized by the central U-shaped staircase in pietra serena with an iron parapet to access the hall. From the portal on the ground floor,  you enter the double-volume entrance hall with Volterrana ceilings, a two-flight staircase in pietra serena.

An oratory is attached to the villa, dedicated to San Francesco d’Assisi: it is supposed to have been designed by Michelangelo Buonarroti towards the end of the sixteenth century-

The last intervention carried out in chronological order concerned the arrangement of the surrounding park, rich in tall tree species; today the villa can be reached via a tree-lined avenue planted in 1940 which replaced the original scenic access with double brick staircase .

The manor house is divided into three different buildings, the central one for mainly residential use, with a total surface  of ​​2,500 square meters. Energy class G, 349.80 kW / sqm per year. 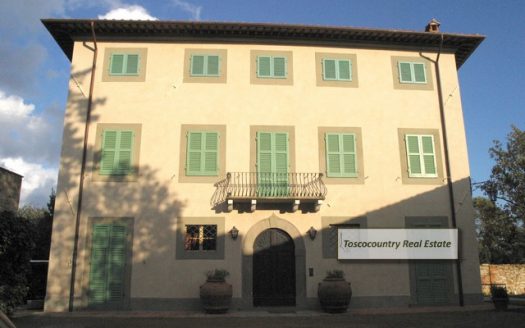 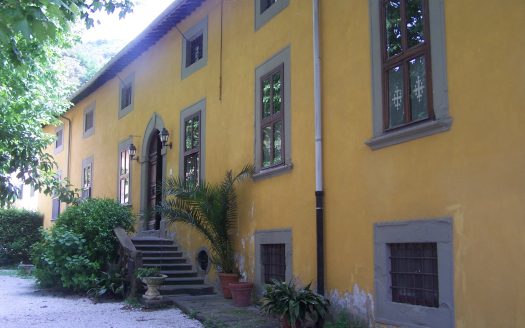