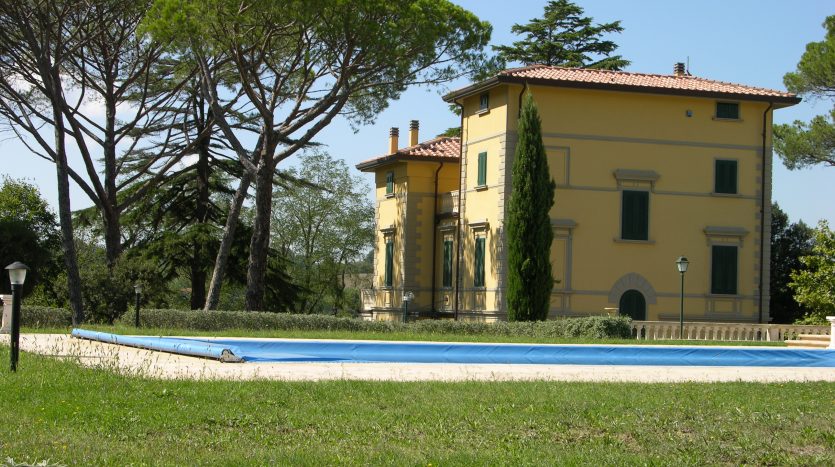 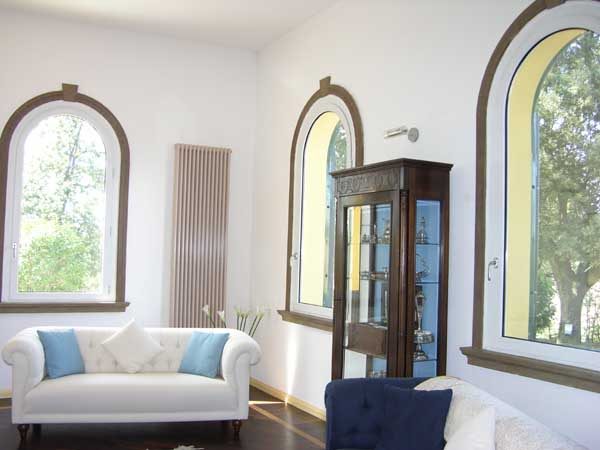 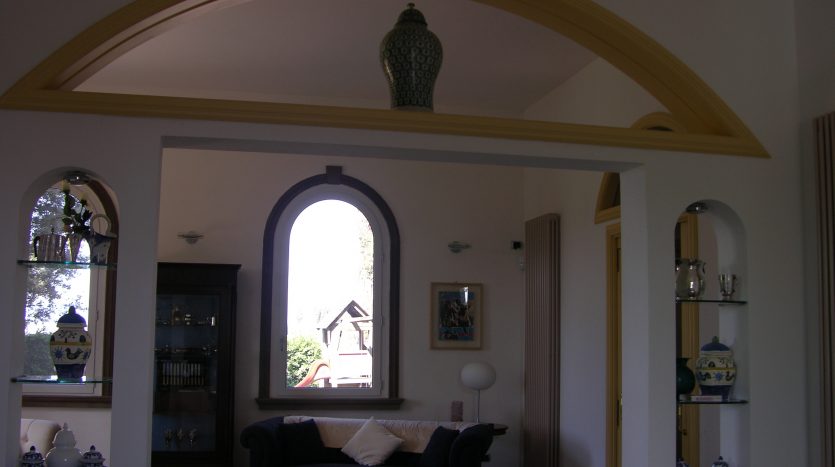 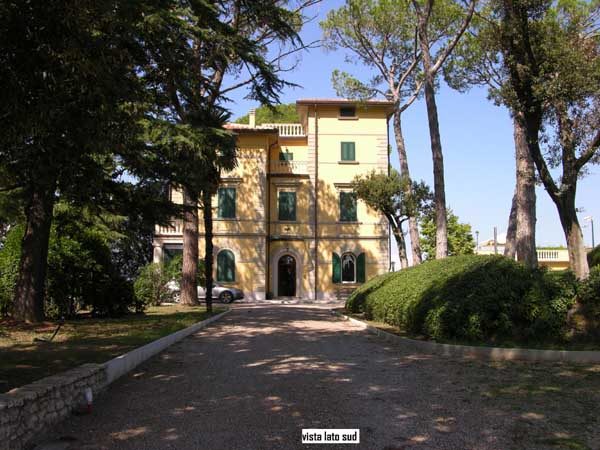 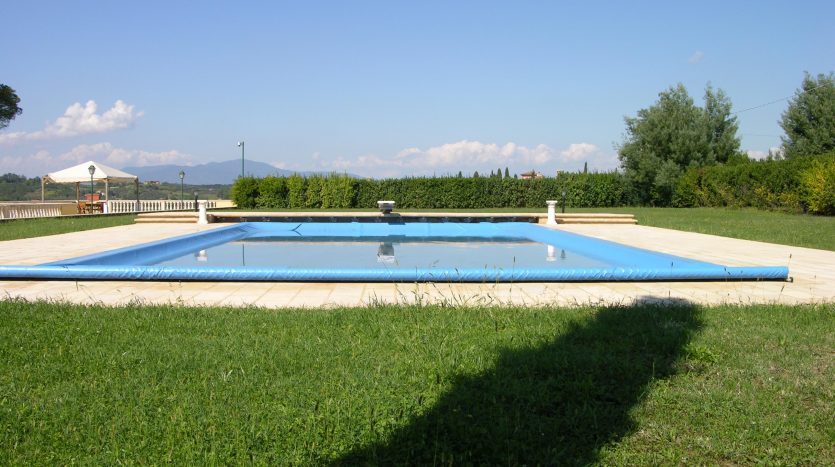 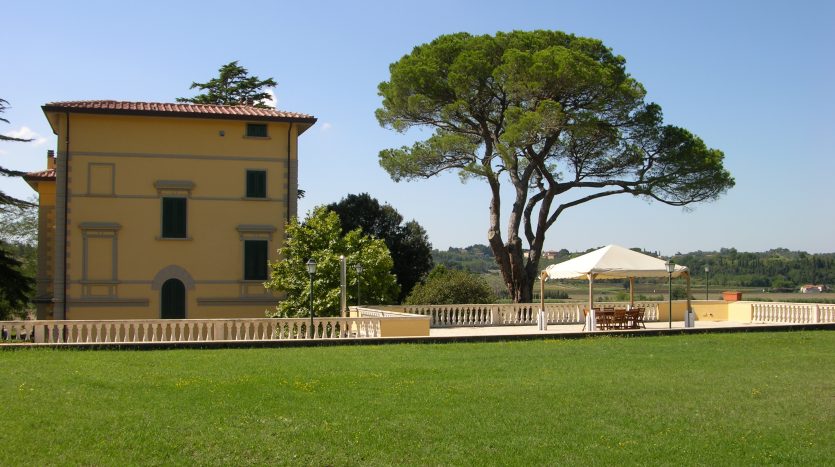 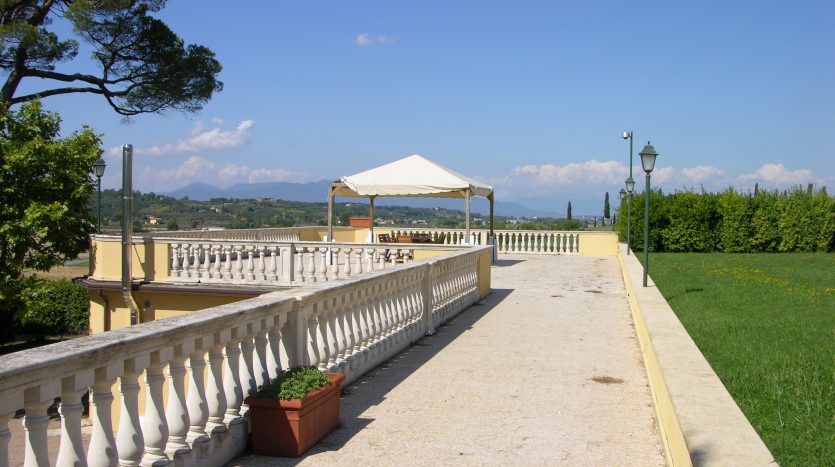 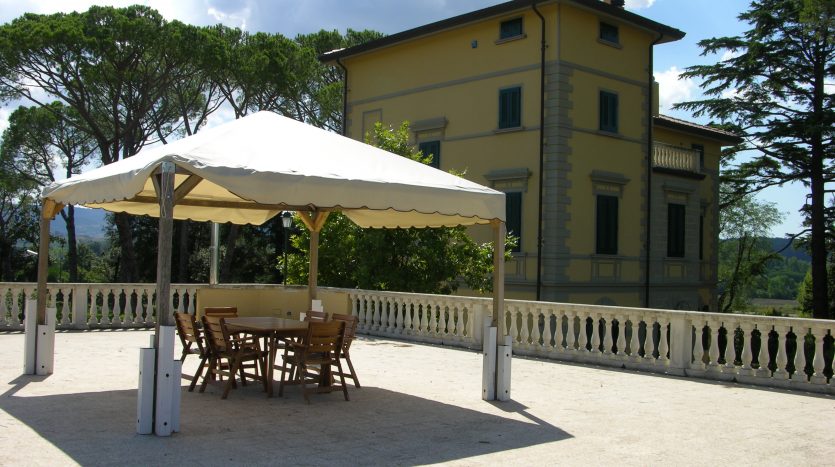 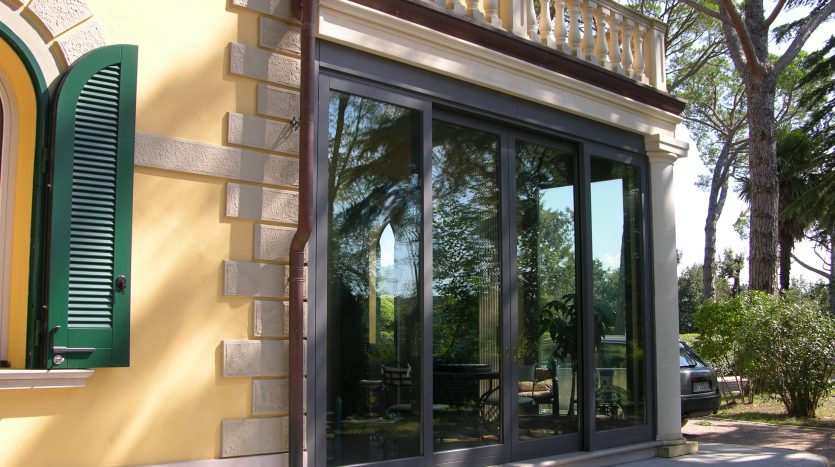 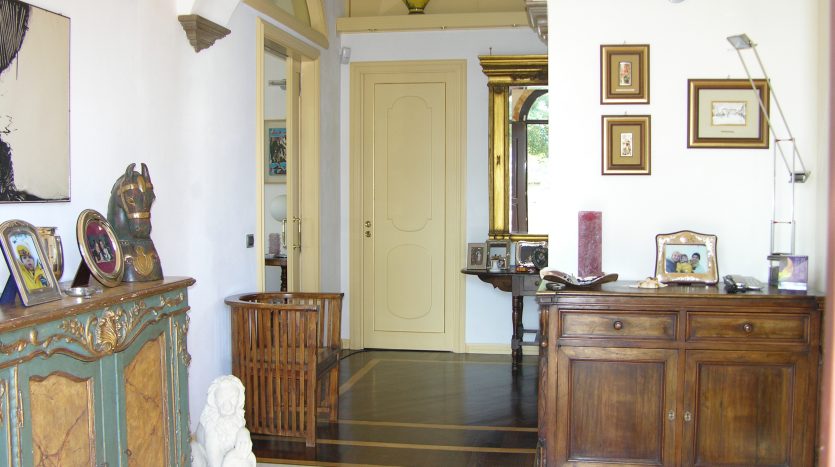 Right on top of a hill, surrounded by green fields in the Valdera (Pisa province) is for sale this elegant XIX century villa with over 5 hectares of land cultivated with vines and olive grove. Not far from the villa there is a swimming pool with panoramic terrace and area for elicopter landing. The villa has been completely and carefully restored in 2004 by a famous tuscan architect who breathed new life into this property, using high standard materials. One gets to the villa through a private road flanked by trees. The villa is on three levels for a total surface of over 500 sqm. On the ground floor there is entrance hall, study, large living room with conservatory, dining area and large kitchen with bathroom nearby. An elegant staircase leads to the first floor with three masterbedrooms all with ensuite bathroom while on the top floor there are 2 double bedrooms, bathroom with shower and large living room with fireplace and kitchen, also usable as a guest apartment and attic with gym area, livign room and bathroom. Nearby the villa there is a large garage, and several annexes ( 200 sqm) with laundry room, bathroom and bedroom. All the rooms and all the outdoor area are controlled by a sophisticated video surveillance system. Classe energetica C IPE 65.47 kWh/m²a

AREA INFOS:
The history of the town, which in Medieval documentation appears often with the name of Bagno ad Acqua, was effectively interwoven with that of its thermal rising, already in use in Roman times and which in a description of the XV century appears channelled in an uncovered bath, twice the size of the municipal baths, with two entrances and large flat stones on the bottom.In the ninth century it was called Castrum ad Aquis. During the war against Florence it was burnt down in 1362. It was incorporated into the Fiorentino dominion in 1406 and then annexed to the Florentine Republic in 1515,which then transferred it to the vicariate of Peccioli and later to the vicariate of Lari in 1776 and it was called “Bagni di Casciana”.

Many famous people came to Bagni di Casciana an incription inside the thermal baths reminds us that Leonardo d’Aragona Prefect of Roma, nobleman of Sicily and nephew of Pope Sisto IV was one of the guests of Bagni di Casciana In the following years the village grew arond the spa, in 1870 the spa. was renovated and many villas of noble families were built. 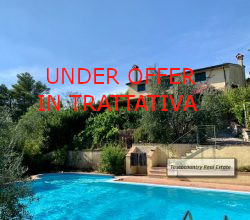 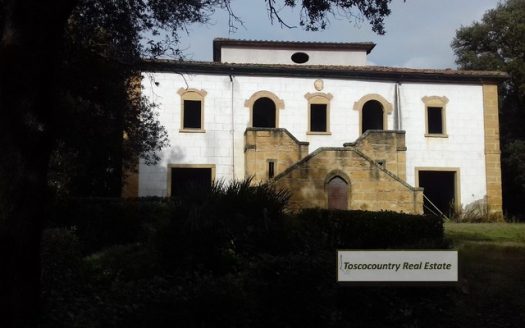 Complex with villa and annexes to be restore... 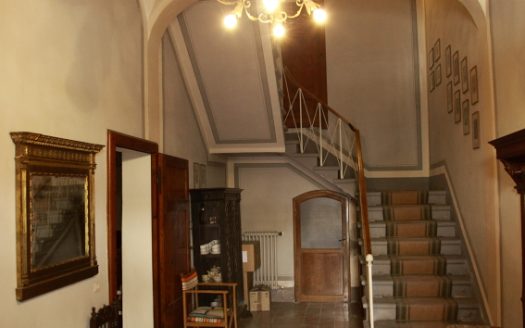 Villa for sale near Pisa, with private court...

Spacious former mill with garden for sale in Calci
Complex for sale near Volterra with medieval hamlet, manor house and land