Country house perfectly renovated with hayloft in the centre of its own grounds, for sale near Palaia, Tuscany 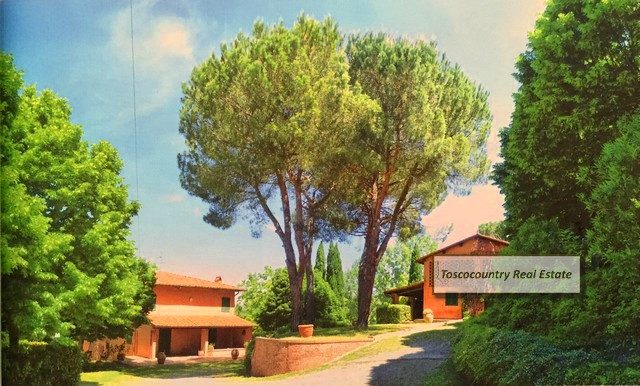 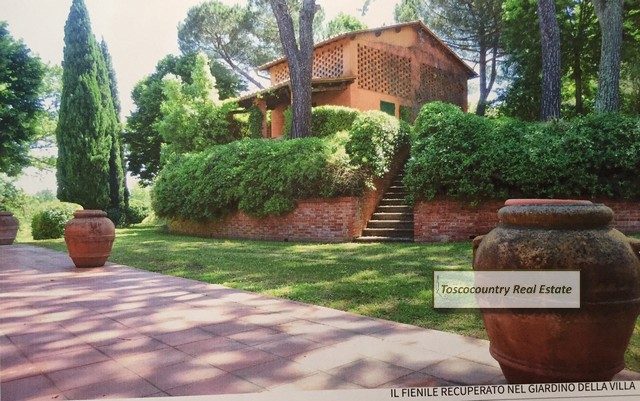 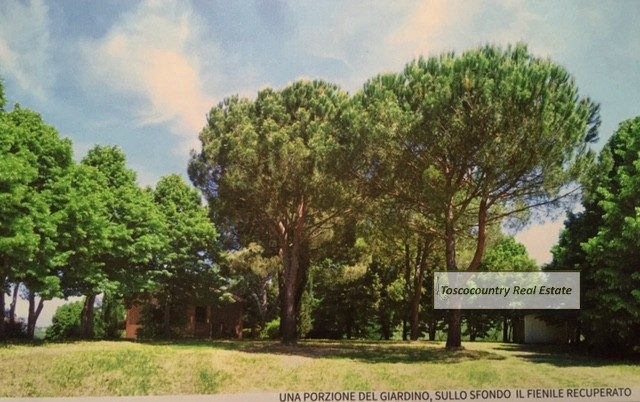 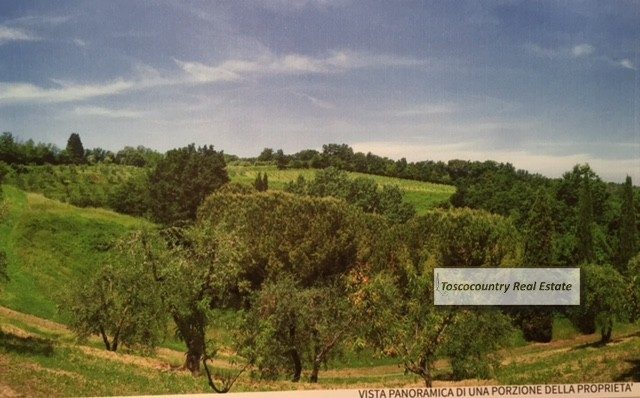 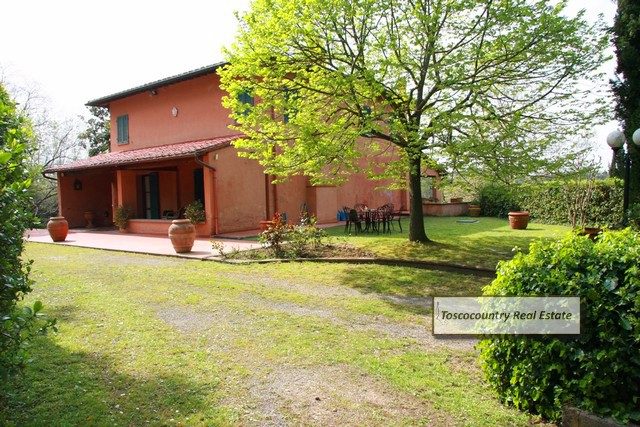 The country villa with a nearby former hayloft is located not far from the comunale road to get in few minutes in the center of Palaia while the superstrada FI.PI.LI. is only 16 km away. The country house is right on top of a hill and enjoys fantastic views over the Valdera, dominating over ​​11.5 hectares private land with olive grove, sowalble land, woodland and a small vineyard. Along an avenue flanked with typical tuscan cypresses we reach the country house of about ​​380 square meters, recently renovated.
On the ground floor we find entrance hall, large comfortable living room, dining-room with a large arched opening and access to a covered patio with terrace with great panoramic views of the well-kept garden.
Still on the ground floor there is a nice kitchen which features a wood bread oven and grill, from which an internal staircase allows you to get into the basement where we find three cellars, ideal for wine and oil storage.
Through an internal staircase it is possibile to reach the first floor, where there are four bedrooms: two double bedrooms very bright thanks to two openings, two large bedrooms and two bathrooms.
Nearby, the restored barn is on two levels with a surface of 143 square meters with large storage rooms and porches on the ground floor, while the first floor the entire surface is a warehouse with a height of 2, 70 meters.

Palaia is a nice hamlet, set right between the valley of the Arno from the Valdera. Palaia has Etruscan origin, and has experienced a period of great prosperity in the thirteenth century, when the most important religious monuments of the entire Valdera were built: the parish church of San Martino, with its red brick facade, and the Church of St. Andrew, which preserves valuable works of art, including some Andrea della Robbia pieces and a Madonna by Luca della Robbia.
The memory of its agricultural traditions can be found in the Museum of Rural Life in Montefoscoli, and in the Museum of Labour and Rural Civilization of San Gervasio.
Palaia is a starting point for exciting scenic hikes, as the road through Colleoli (old castle that a Scottish group has restructured) and Villa Saletta, where were shot the movie “The Night of San Lorenzo” and “Fiorile” by the Taviani brothers and “Napoleon and Me” by Paolo Virzi. 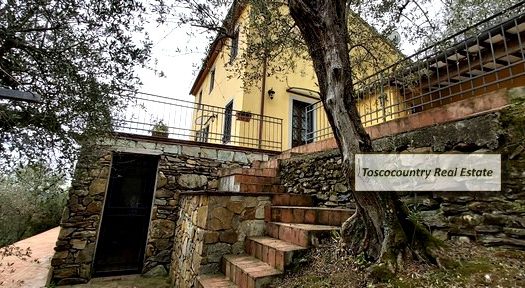 Country house for sale on the hills surround... 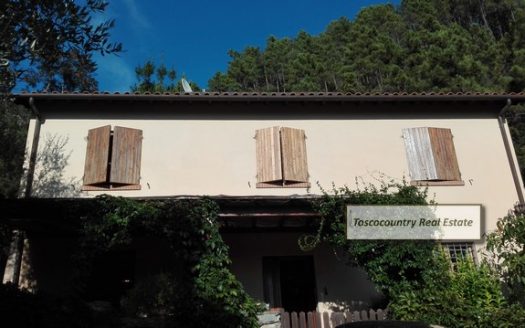 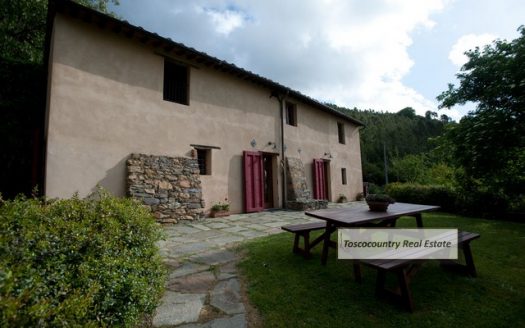